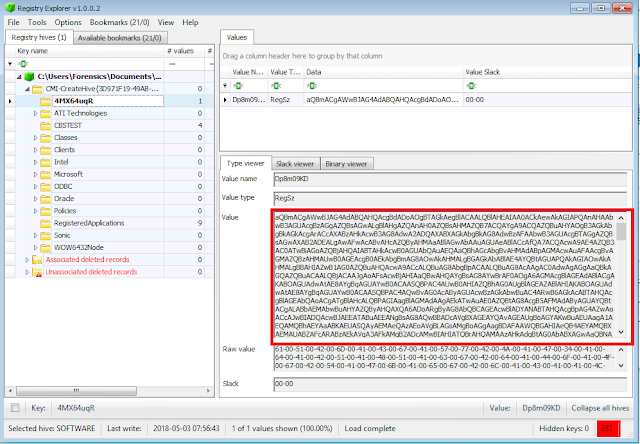 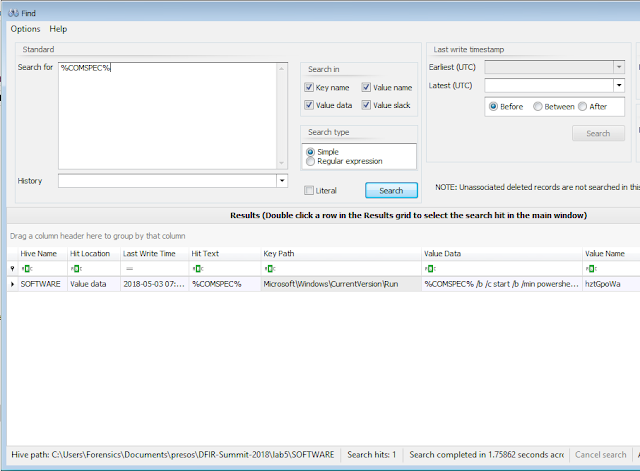 Posted by Mari DeGrazia at 6:49 AM No comments:

Mounting an APFS image in Linux 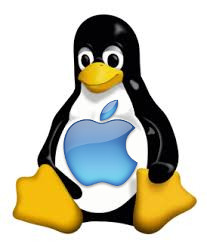 Options, options, options. It's always nice to have options in forensics. Sometimes one way may not work for you, or maybe you don't have access to a Mac at the moment. If you are on a Windows machine and need access to an APFS volume or image (E01 or raw), it's easy enough to spin up a Linux VM and get to work.

For my testing, I used an experimental Linux APFS driver by sgan81 - apfs-fuse. Note the word "experimental" - and read the disclaimers by the author. I would strongly recommend verifying any results with another tool or method, such as the one detailed by Sarah Edwards. However, this method works in a pinch, and at least you can start analysis until you get things working on a Mac. Oh - and according to the documentation, it will prompt you for a password if the volume is encrypted.

These instructions assume that you already have an image of the Mac, either in E01 or raw format (dd, dmg, etc). For my Linux distro, I used the free SIFT Workstation Virtual Machine on Ubutnu 16.04.  If you are using another Linux distro, you may need to install additional dependencies, etc.

First things first, some dependencies need to be installed before apfs-fuse will work. As always, run sudo apt-get update before installing any dependencies:

If you are running a version of SIFT prior to the one based on Ubuntu 16.04, a couple of additional dependencies may be needed. This includes a newer version of cmake. This can be installed by following the instructions on the cmake website. In addition to cmake, older version of SIFT may also need the the ICU library:

Now compile it, and install it:

Now that the SIFT workstation has been set up, we can mount the E01 image. If you have a dd/raw image, you can skip to the next step.

I like using the ewfmount tool in SIFT to mount E01s. Once mounted, there will be a "virtual"  raw image of the E01 file under the designated mount point. The syntax is simple, and works on split images as well (just specify the first segment for split images).

If you have issues with ewfmount, check out this blog post for some alternative tools to mount ewf files.

Mounting the raw image to a loopback device

Now that we have a dd/raw image to work with  - either from mounting the E01, or because that is how the image was taken - we'll mount it to a loopback device. The Linux apfs-fuse driver needs the volume where the APFS container is. Because the disk image may contain additional partitions, we will need to figure out the offset where the APFS partition begins. 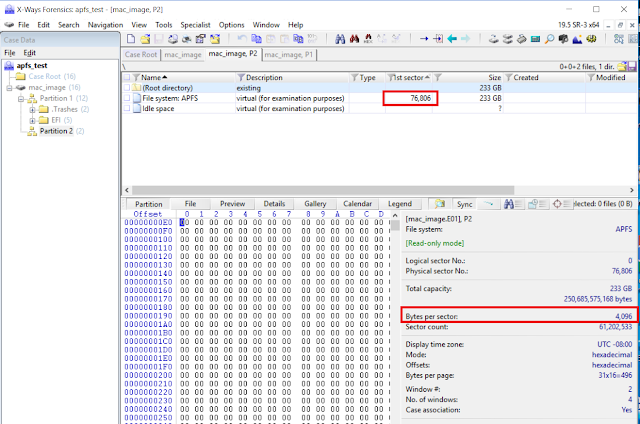 Alternatively, we can use the Sleuthkit tool mmls to list the partitions on the image. Here was can see that there is a "NoName" partition that starts right after the EFI System Partition. The offset is 76806 and is the largest partition on the drive. The Units are also displayed as 4096 bytes per sector:

To run mmls on the mounted EWF:


To set up the looback device, we will need to supply the APFS starting partition offset in bytes. Since the offset is given in sectors, we will need to convert from sectors to bytes by multiplying 4096 bytes/per sector times  the number sectors:
4096 X 76806 =  314597376

Armed with this information, we can mount the "NoName" partition, aka the APFS partition, to a loopback device:

For the mounted EWF file:

In the syntax above, -r is read only, and -o is the offset in bytes to the start of the APFS partition.

Mount up the APFS filesystem

Ok! Finally! Now we are ready to mount up the APFS partition to the filesystem. The apf-fuse binary will be in a folder name "bin" within the build folder created earlier when the apfs-driver was installed. Change into that directory, and run apfs-fuse by pointing it to the loopback device and a mount point:

In my testing, the cursor just blinks and does not give a status message. I opened another terminal  and did an ls command on the mount point to see if it mounted ok:

Success! Now I can run AV Scans, view files, and export out any files as needed.

As I mentioned before - this is an experimental driver and all results should be verified. Hopefully as time passes we will have more ways to mount and access APFS images in Linux, and our mainstream tools.

How to mount Mac APFS images in Windows

APFS is the new file system for Mac OS, and so far, many forensic suites are playing catch up as far as support goes. As such, workarounds may need to be employed in order to conduct analysis on Mac OS APFS images. This short blog post will cover one of those workarounds -  mounting an APFS image in Windows.

Paragon has a free (preview) driver to mount APFS volumes in Windows!!!! Sweet!!!

APFS for Windows is going to look for a connected APFS drive. Since we have an image, we will need to mount the image as a SCSI device so the Windows APFS driver can see it. To do this, we will use Arsenal Image Mounter. 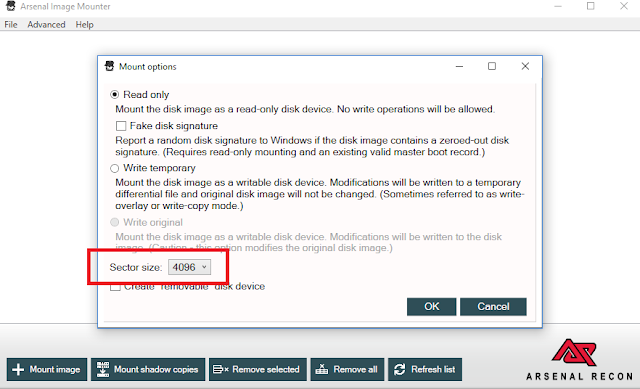 Download and install APFS for Windows from Paragon and launch it. It should automatically detect the APFS volume: 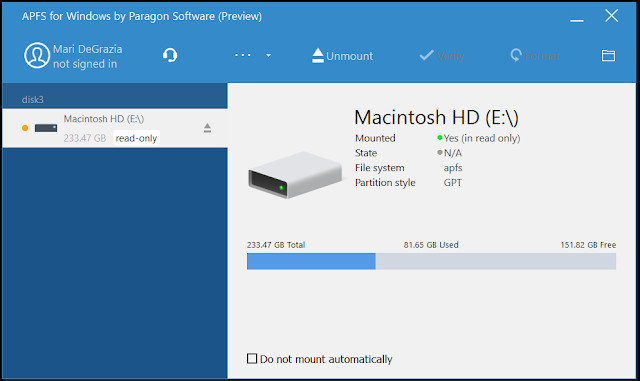 Now you can browse the APFS drive in Windows:

And add it to your favorite all in one tool, like X-Ways, as a logical drive: 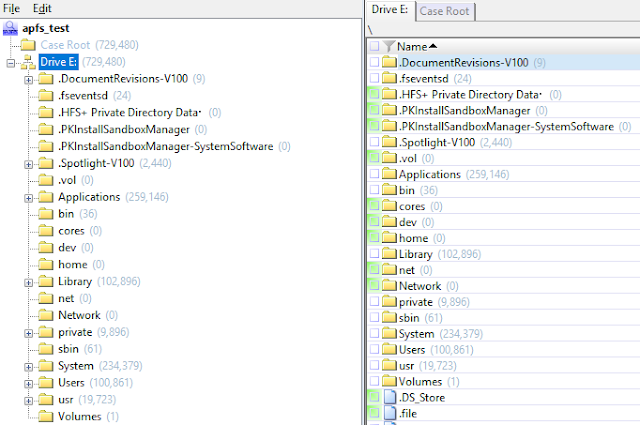